The Uvalde Consolidated Independent School District board has delayed a meeting to discuss firing its police chief, Pete Arredondo.

The district placed Arredondo on leave in June after Texas Department of Public Safety director Steven McCraw blamed him for the slow and chaotic law enforcement response to the May 24 shooting that killed 19 students and two teachers.

“In conformity with due process requirements, and at the request of his attorney, the meeting to consider the termination of Chief Arredondo will be held at a later date which has yet to be determined,” the district’s communication director, Anne Marie Espinoza, wrote in email.

Arredondo’s attorney and Espinoza did not return phone calls on Friday afternoon, but the delay contained the first suggestion that Arredondo or his lawyer planned to attend a hearing on Superintendent Hal Harrell’s recommendation that the chief be fired. Such a hearing had been on Saturday’s agenda.

The email also contained the first mention by the district that Arredondo was not being paid while on administrative leave.

School officials have declined to comment any aspect of his employment status and have been hammered for weeks by an angry public with demands that the chief be fired.

As the incident commander at the scene, Arredondo waited for more than an hour, McCraw said, to get more equipment and a key, before Border Patrol agents finally entered a pair of classrooms to confront and kill the gunman, Salvador Ramos, 18.

A House committee report released Sunday also faulted the commanders of other police agencies who had officers at the scene, and painted a picture of a school district that did not take security seriously, leaving exterior doors to Robb Elementary unlocked.

In response, the city of Uvalde, the DPS and the Border Patrol said they would review the actions of their officers and leadership at the scene. The Texas Education Agency said this week, however, that it is not investigating the school district.

The release of the report, and videos showing hundreds of officers milling in school hallways while victims were still dying and children and another teacher lay wounded or playing dead under the gaze of the gunman, infuriated local residents.

Most recently, at a board meeting earlier this week, scores of residents doubled down on the school district, demanding that the superintendent, the Robb Elementary principal and the district’s communications director all lose their jobs.

Fierce Madres, a group of mothers in the community advocating for justice for the children who died, later said waiting for Saturday’s scheduled meeting for a possible dismissal of Arredondo would give him too much time to resign.

They hoped for more swift action to fire him and want criminal charges brought against him, said Angela Villescaz, the organization’s founder. On Friday, Villescaz said she was pleased to hear Arredondo won’t be getting paid.

Mon Jul 25 , 2022
[ad_1] There’s a room dedicated to Peggy Carter in Avengers Campus if you know where to look.Kirsten Acuna/Insider Insider previewed Avengers Campus at Disneyland Paris on July 20. The land is filled with nods to Marvel movies and shows and other Disney parks. From Deadpool to a Peggy Carter room, […] 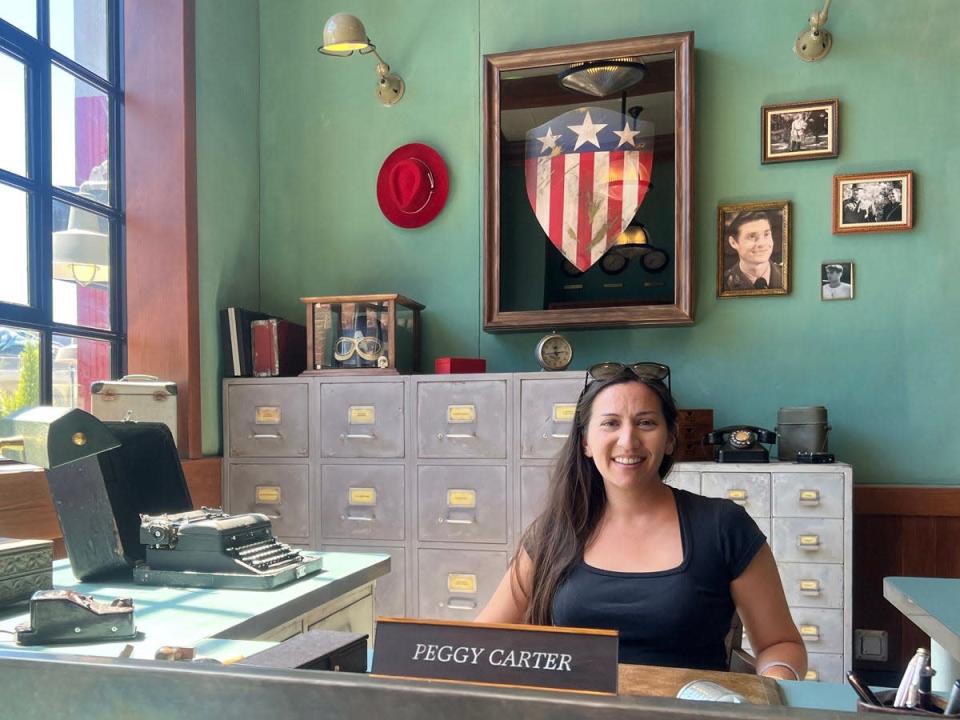