Deciding where to go to college can feel like the biggest decision in a young person’s life.

And with the last year spent indoors, the quality of dorms could be a deal-maker or deal-breaker for young students.

Here are 25 of the best college dorms in America, according to reviews and ratings on college information site Niche.

High Point University in North Carolina is affiliated with the United Methodist Church. It has an A+ rating for its campus, according to Niche.

The college is private and costs on average about $38,745 a year to attend. Its acceptance rate is 75 percent.

Overall, this college scores an A+ on niche, with an A+ campus too.

Its costs on average about $27,108 a year and students say that the culture is a “work hard play hard.” Almost all freshmen live on campus, according to Niche’s data.

Its admission rate is 14 percent, so the chances of getting in are a little lower than most.

Johnson University in Knoxville, Tennessee, gets an A+ grade for its dorms, and scores a B+ overall.

Students say that the environment is caring and friendly. Eighty six percent of students don’t have “Greek life” (fraternities and sororities) and 85 percent of freshmen live on campus.

This college has A+ dorms, according to Niche’s data, and scores a B overall.

Students describe the college, where nursing is the most popular major, as friendly.

It costs approximately $14,271 per year to attend and most students receive financial aid.

Union University in Jackson, Tennessee, dorms get an A+ grading on Niche.

It also scores an A for student life and overall, gets an A-.

Grand Canyon University is a private, non-profit university that scores an overall rating of B- on Niche. It has an A+ campus and A+ dorms, and students say that other students are very outgoing.

It costs about $21,332 per year on average, and 99 percent of students receive financial aid. Its acceptance rate is 77 percent.

Dorms at Indiana Wesleyan University score an A+ on Niche, and it gets a B+ overall.

However, students wanting to party might want to go elsewhere. The party scene is rated graded D+.

The dorms are A+ at Stevenson University, according to Niche’s findings, which give it a B+ overall.

Stevenson University has an acceptance rate of 81 percent and costs on average about $27,913 per year. Most students receive financial aid.

The California University of Pennsylvania’s dorms are graded A+ and wider student life scores a B. Overall, Niche gives it a B-.

This college has a 99 percent acceptance rate and costs about $18,264 a year.

USC Beaufort is a public university in South Carolina and scores an overall grade of B- from Niche. The college’s dorms are given an A+ and their campus scores a B.

Its student life isn’t as great and scores a B-, according to Niche’s data.

This college scores an average grade of a B+ and is the sixth best online college in America, according to Niche’s data.

The dorms are A+, as is the campus and the campus food. The tuition fees are $28,181 per year and most students get financial aid.

The University of Santa Clara scores a stellar A+ overall according to Niche data, and has A+ dorms and an A grade campus.

It is a private, Catholic university, located in the San Francisco Bay area.

Bowdoin College is the second best Liberal Arts college in the U.S., according to Niche, which scores it A+ overall.

The campus is A grade quality, it says, and the dorms are A+.

The acceptance rate is only 9 percent though, so it might be a little harder to get in. Fees come in on average at $23,808 per year.

Smith College is in Massachusetts and is the third best women’s college in America, according to Niche’s rankings.

The site gives it an overall A+ rating and its dorms are also A+. The acceptance rate is 32 percent and its fees are about $28,905 per year, with 71 percent of students receiving financial aid.

Regent University has an acceptance rate of 86 percent. The fees are $15,062 per year, and 99 percent of students receive financial aid.

Sonoma State University in California scores an overall grade of B- on Niche, with its dorms scoring an A+.

The campus scores a B+, according to Niche’s data, and the party scene only scores a B-, so this might not be the place for students wanting to let their hair down.

They have an acceptance rate of 91 percent and its tuition fees are approximately $17,086 per year.

Mansfield University of Pennsylvania scores an average grade of C+ according to Niche’s data. Its dorms are A+ and their overall Campus scores a B.

Its acceptance rate is 96 percent and the cost of tuition is about $18,153 per year.

The prestigious Yale University scores an A+ overall and for its dorms and party scene.

It’s ranked by Niche as the best college in America for studying history. However be warned, its acceptance rate is only 6 percent.

It costs about $18,073 per year and 64 percent of students receive financial aid.

The University of Mobile is the sixth best college in Alabama, according to Niche, and scores a B+ overall.

Its dorms score an A+ on the website, as does its campus. It has an acceptance rate of 46 percent. The tuition fees for this university are on average about $21,847 per year.

Texas Christian University is the tenth best Christian college in America, according to Niche, and scores an overall A grade.

Located in Fort Worth, Texas, the dorms score an A+, as does the campus and student life rating.

This university has an acceptance rate of 47 percent and costs on average $37,509 per year to attend.

California Baptist University is a Christian college with an acceptance rate of 78 percent and tuition fees that cost on average $23,055 a year.

This college scores an overall grade of B+ on Niche. Its dorms score an A+, as does the campus. However, their party scene only scores a C- on Niche’s scale.

Friends University, in Kansas, scores an overall grade of B- according to Niche’s Data. Its dorms score an A+, while its campus gets an A-, and the party scene gets a B.

The acceptance rate is 46 percent and the tuition fees come in at $20,641 per year. Most students receive financial aid.

This college has an overall B score according to Niche’s data. The dorms are A+ and their campus is A-.

The Wisconsin Lutheran College is a Christian college with an acceptance rate of 89 percent and fees of about $21,836 per year.

Students say they are busy here, but have a good amount of time to relax.

Colorado Christian University is a private Christian university with an acceptance rate of 100 percent and fees of $26,476 per year, according to Niche’s data.

This college scores is given a average rating of B, while its dorms are rated A+ and its campus and student life rankings are straight As.

Fri Aug 6 , 2021
EDMONTON — After additional than a year of on the net remote mastering, college students and employees are slowly and gradually trickling back again onto the University of Alberta campus. Hundreds of pupils, school, and workers have signed an open letter requesting that the province’s greatest college put into practice […] 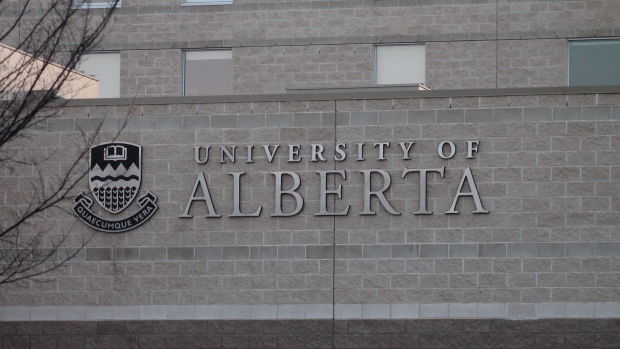