The public school board in Huron and Perth counties has released its health and safety plans ahead of next week’s return to the classroom, nearly 60 pages of guidelines director of education Lisa Walsh describes as “tight and rigorous,” at least for now.

Parents and students can access the document on the Avon Maitland District school board’s website. Walsh said Tuesday the plans were developed in consultation with Huron Perth public health and represent a more cautious approach compared to the minimum requirements offered by the province earlier this summer.

“I trust that our public health unit has more information than we do in terms of the health perspective,” she said. “What we’re doing is we’re starting out quite tight and rigorous in terms of our health and safety protocols but, as time permits and cases go down across the province … we hope we can continue to open up more and more.”

Public elementary and secondary school students across the region will return to classes Sept. 7. Kindergarten students are an exception; families will be receiving direction from their schools regarding staggered start times, according to the board.

When students return, many of the health and safety rules they’ll be required to follow will be similar to the ones that were in place last year. Screening, masking and grouping of students are back, for example, though some policies are a little less restrictive than before. Masks aren’t required outdoors, unless physical distancing cannot be maintained between students in different groups, extracurricular activities are being permitted, and shared spaces such as cafeterias and libraries will reopen, all with their own guidelines.

“That will give kids more flexibility in terms of lunch options in high schools, and it will give teachers more options to take kids to the library and etc.,” Walsh said. “So there’s a little bit more movement in schools than was permitted in the past.”

Progress in those areas is very welcome, Walsh added, but the board and public health officials are still approaching the upcoming school year carefully by tightening many of the restrictions set by the province, flexibility the government has provided to Ontario’s medical officers of health.

Shared spaces should only be used by one group at a time, according to the board’s plans, and indoor assemblies won’t be taking place at schools in Huron-Perth until local case counts show steady declines. Music students singing indoors will need to be with their assigned group and masked, another guideline that goes above and beyond the province’s requirements.

A full list of the board’s rules compared to the province’s regulations is available online.

Miriam Klassen, the region’s medical officer of health, wasn’t available Tuesday, but a health unit spokesperson said back-to-school guidelines were set based on the “moderate” amount of community transmission currently in Huron-Perth. The region’s rolling average of weekly cases per 100,000 people is 17.2, according to Ontario Public Health figures updated Monday.

“Unfortunately, Ontario is entering a fourth wave and community transmission of COVID-19, particularly the Delta variant, is on the rise,” the health unit said. “It is important to take a cautious and measured approach to returning to in-person learning.”

Enhanced measures will be reassessed in three to four weeks as public health officials monitor the impact school reopening has on local rates of transmission, the health unit added.

The school board’s virtual school is still running this year, but only 279 elementary and secondary students have signed up, down from 948 last year.

The board has scrapped the quadmester format for secondary schools. Instead, its moving forward with a “modified semester format” that allows students to take two courses per week, one in the mornings and one in the afternoons.

Students will complete four courses between September and January. A revised school year calendar has been posted on the board’s website.

The Huron-Perth Catholic District school board will be releasing its own guidelines later this week, director of education Chris Roehrig said Tuesday.

“We will be following the direction from (Huron Perth public health) to help limit transmission of COVID in our community,” he said.

Wed Sep 1 , 2021
Ari Frede was appointed assistant head of school at Science & Arts Academy, an independent, nonprofit working day faculty for gifted pupils in Des Plaines. Frede, who will do the job intently with Head of University Tim Costello, serves as the chief tutorial officer, responsible for the supervision and aid […] 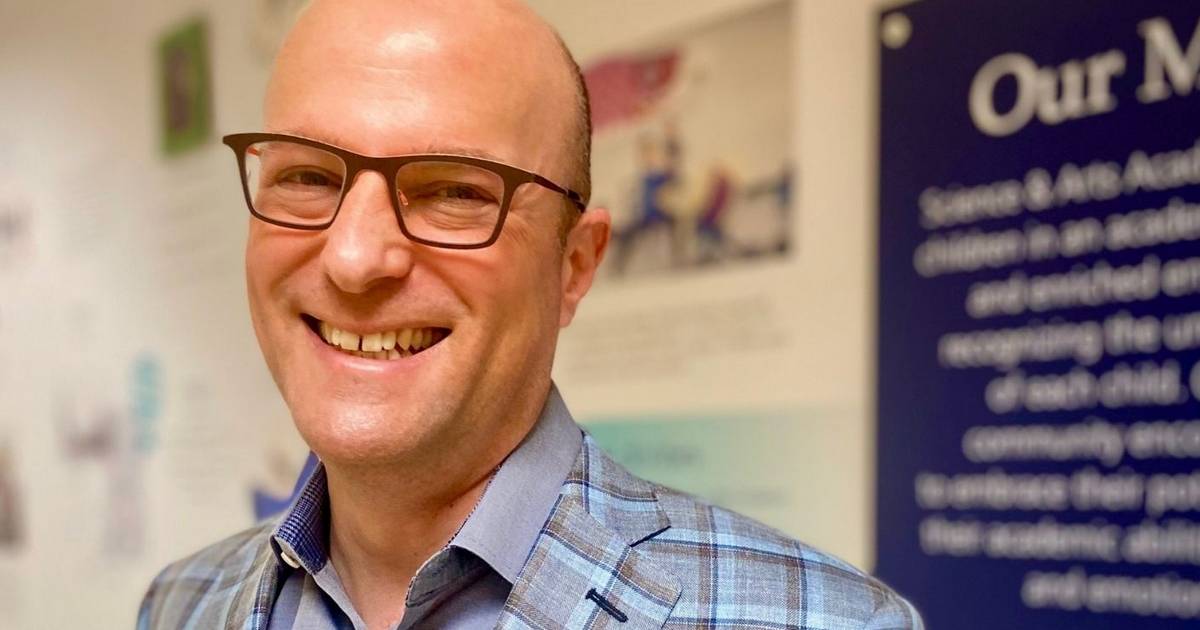