With only 1,500 students on a small-town campus in southern Michigan, Hillsdale College is far from the power corridors of government and top-ranked universities.

But it has outsize influence in the conservative world, with strong ties to the Washington elite. Republican leaders frequently visit, and Justice Clarence Thomas delivered the 2016 commencement address, calling Hillsdale a “shining city on a hill” for its devotion to “liberty as an antecedent of government, not a benefit from government.”

Now the college is making new efforts to reach beyond its campus, this time with an even younger audience. The college is fighting what it calls “progressive” and “leftist academics” by expanding its footprint in the charter school world, pushing the boundaries on the use of taxpayer money for politically tinged education.

Hillsdale has ambitious plans to add to its network of classical public charter schools, which focus on “the centrality of the Western tradition.” And Gov. Bill Lee of Tennessee recently invited the college to start 50 schools using public funds, including $32 million set aside for charter facilities. Hillsdale’s network currently includes 24 schools in 13 states.

The college has also developed the “1776 Curriculum,” which sets out to portray the U.S. as “an exceptionally good country.” During a time when education has become inflamed by divisive cultural debates, Hillsdale has been criticized for its glossy spin on American history as well as its ideological tilt on topics like affirmative action. Educators and historians have also raised questions about other instruction at Hillsdale’s charter schools, citing their negative take on the New Deal and the Great Society and cursory presentation of global warming.

Lee, a Republican, sees his new charter school expansion as part of an effort to develop what he called “informed patriotism” in Tennessee students.

“For decades, Hillsdale College has been the standard-bearer in quality curriculum and in the responsibility of preserving American liberty,” Lee told lawmakers recently. “I believe their efforts are a good fit for Tennessee.”

Charter schools, which are publicly funded but privately run, have been more commonly promoted as alternatives to low-performing schools in urban centers. In Tennessee, they have been clustered in the state’s four biggest cities, where like other charters, they have been criticized for siphoning money and students out of more traditional public schools.

Lee’s plan envisions an expansion into suburban and rural areas where, like many Hillsdale charter schools, they would most likely enroll children who are whiter and more affluent than the average charter school pupil.

In that way, the Hillsdale schools could be something of a publicly funded off-ramp for conservative parents who think their local schools misinterpret history and push a socially progressive agenda on issues from race and diversity to sexuality and gender.

“I’ve been following charter schools over the last 25 years, and I’ve never seen a governor attempting to use charters in such an overtly political way,” said Bruce Fuller, a professor of education and public policy at the University of California, Berkeley. “You’ve had governors who’ve encouraged the growth of charters to provide more high-quality options for parents, but it’s highly unusual to see a governor deploy the charter mechanism for admittedly political purposes.”

Hillsdale was founded in 1844 by abolitionists. In the years since, its conservative reputation has allowed the college to seed graduates throughout the political firmament. Officials in former President Donald Trump’s administration like Mike Pence and Mike Pompeo have spoken there. Ginni Thomas, the conservative activist and wife of Justice Thomas, once led the college’s Washington program.

The college accepts no state or federal funding, including no student grants or loans, allowing it to avoid some government oversight, such as compliance with federal Title IX rules governing sexual discrimination.

Instead, it relies partly on donations from conservative benefactors that are fueled by aggressive fundraising campaigns, including on Rush Limbaugh’s radio program before he died and in Hillsdale’s widely circulated digest, Imprimis, which is known for provocative articles — including a 2017 piece in which President Vladimir Putin of Russia was called “a hero to populist conservatives around the world.”

In a recent fundraising appeal, Hillsdale pleaded for $17.76 to help counter “leftist” academics teaching a “biased and distorted” view of American history. The pitch cited The New York Times’ 1619 project — which argues that slavery and white supremacy are dominant themes in American history — as an example of false teaching in schools.

Money from these pitches helps finance Hillsdale’s charter school operation, which began in 2010 with a grant from the Chicago-based Barney Family Foundation, endowed by Stephen M. Barney, a financial industry executive.

In addition to Hillsdale’s 22 member charter schools, which receive a full suite of Hillsdale curriculum and training, two other public schools are regarded as affiliates that use Hillsdale’s curriculum, with eight more affiliates poised to open, including one in Tennessee. Applications are filed for more schools, including three of the 50 additional schools Hillsdale has said it plans to open in Tennessee.

The Hillsdale charter schools are neither owned nor managed by Hillsdale. Instead, the schools enter agreements to use the Hillsdale curriculum and the college provides training for faculty and staff, as well as other assistance — all free of charge.

By offering these services, Hillsdale seems to be trying to thread a needle — creating a vast K-12 network that embraces its pedagogy and conservative philosophy, in many cases taught by its graduates, while tapping into government money to run the schools.

Hillsdale’s president, Larry P. Arnn, and his daughter Kathleen O’Toole, who runs the charter school initiative, declined interviews. But in a speech last year to Hillsdale supporters in Tennessee, Arnn outlined his vision for expansion — including plans for a new master’s program to train teachers in classical education, a home-school division, online students and education centers.

“It’s a grand adventure,” he said.

At Atlanta Classical Academy, one of the member schools in Hillsdale’s network, the motto — “Virtus, Scientia, Felicitas” — is inscribed in the lobby, near a photograph of Frederick Douglass, the once enslaved abolitionist writer and orator, who is now lauded by American conservatives for his emphasis on self-reliance.

In its classrooms, from kindergarten to 12th grade, students are immersed in phonics, Latin, Greco-Roman culture and classic literature, all in pursuit of what Atlanta Classical calls the “enduring Great Conversation of Western civilization.”

In a kindergarten class in March, pupils dissected letters, like the “ck” at the end of the word “click,” reciting a rule in unison: “use only after a single, short vowel.”

“It’s a very prescriptive program,” explained Matthew Kirby, the school’s director, a former Navy lieutenant. “It’s a bit painstaking, but they’ll do that every day to be explicitly taught hundreds of words in the course of a year.”

Martina Svoboda, whose two children attend the school, said she applied eight years ago spurred by overcrowded schools in Atlanta and problems communicating with her son’s teacher. “We were frustrated through the year,” she said.

While many educators applaud the phonics and rigor, they question the infusion of conservative politics into the curriculum, particularly in history. Hillsdale’s 1776 Curriculum, an ambitious 2,400-page program released last year, appears to be partly an outgrowth of Trump’s 1776 Commission — which Arnn chaired.

One passage contained in the curriculum, originally from the 1776 Commission report, openly criticizes affirmative action.

The heady spirit of the original civil rights movement “proved to be short lived,” the passage says, giving way to programs such as affirmative action that “ran counter to the lofty ideals of the Founders.”

Sean Wilentz, a professor at Princeton who was one of the chief critics of the Times’ 1619 Project, also criticized the 1776 Curriculum, calling it overly positive.

“It talks about the enormity of slavery, but in almost every case, everything that’s bad about America will be undone by what is good,” Wilentz said. “Almost, literally, that American ideals will overcome whatever evils may be there.”

Hillsdale’s history curriculum also appears to take on the modern liberal state. A school curriculum guide posted in one school’s charter lists the book “New Deal or Raw Deal? How FDR’s Economic Legacy Has Damaged America.” The author, Burton Folsom Jr., is a fellow and professor emeritus at Hillsdale, and a frequent speaker at conservative conferences.

The National Center for Science Education also reviewed the 2018 science curriculum, after an unsuccessful effort by Arizona officials to adopt it in public schools.

“The phrase ‘climate change’ doesn’t appear at all, and ‘global warming’ occurs only once, at the sixth-grade level, as ‘global warming theory,’ ” Glenn Branch, the organization’s deputy director, wrote in an email.

Hillsdale is also quick to note that its schools have done well — pointing to higher-than-average SAT scores among its students nationally. Atlanta Classical’s students have some of the highest scores among schools in Georgia — and a bulletin board in the school’s hallway attests to its students’ prestigious college admissions, including Harvard and Morehouse.

The students are selected through a citywide lottery, but the school’s location in affluent Buckhead may deter some applicants. In a city where 73% of public school students are Black and 17% white, Atlanta Classical Academy is the mirror image: 17% Black and 71% white, according to a 2020 state report.

Overall, Hillsdale’s charter school racial demographics are close to that of the Atlanta Classical students. That is a departure from charter schools nationally, which are about 30% white.

“They’re catering to white families and affluent families,” said Charisse Gulosino, an associate professor of leadership and policy studies at the University of Memphis, whose research has found that students in suburban charter schools do not outperform their public school counterparts.

Not all of Hillsdale’s charter school collaborations have been successful. Hillsdale recently announced it is ending ties with Tallahassee Classical School in Florida.

The school, approved by the state despite local opposition, set out to serve a diverse student body. But two teachers interviewed by the Times said they suspected that the school was trying to jettison low-performing students, a tactic that charter schools have been accused of as a way to increase test scores.

One of the teachers, Katie Butler, who is no longer employed by Tallahassee Classical, described how a dozen students, almost all Black, were dismissed last spring, just before state assessment tests were administered.

Tallahassee Classical said in a statement that the dismissals followed excessive absences; Hillsdale said it was unaware of the dismissals until being contacted by a reporter.

Sonja Moore, the mother of two of the dismissed children, said her family had not recovered, even though a year had gone by.

“It’s still very much affecting our everyday lives,” Moore said. “I went to that school because it was a Hillsdale school. I’m a conservative registered Republican, which hurt all the more.”

But Hillsdale, and Republicans, sees the need to expand, and fast.

Richard Corcoran, Florida’s departing secretary of education, appeared at Hillsdale last year, where he applauded efforts to move quickly in Tennessee by placing students in seats before a liberal governor could take over.

Once that’s accomplished, Corcoran said, “You can’t put the animals back in the barn.” 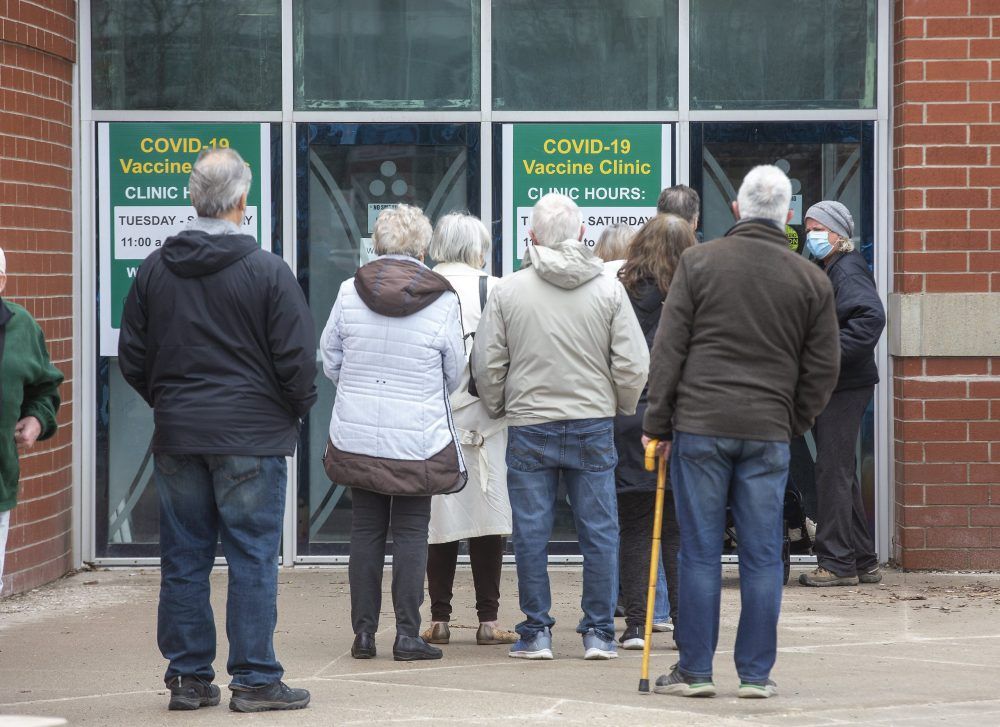